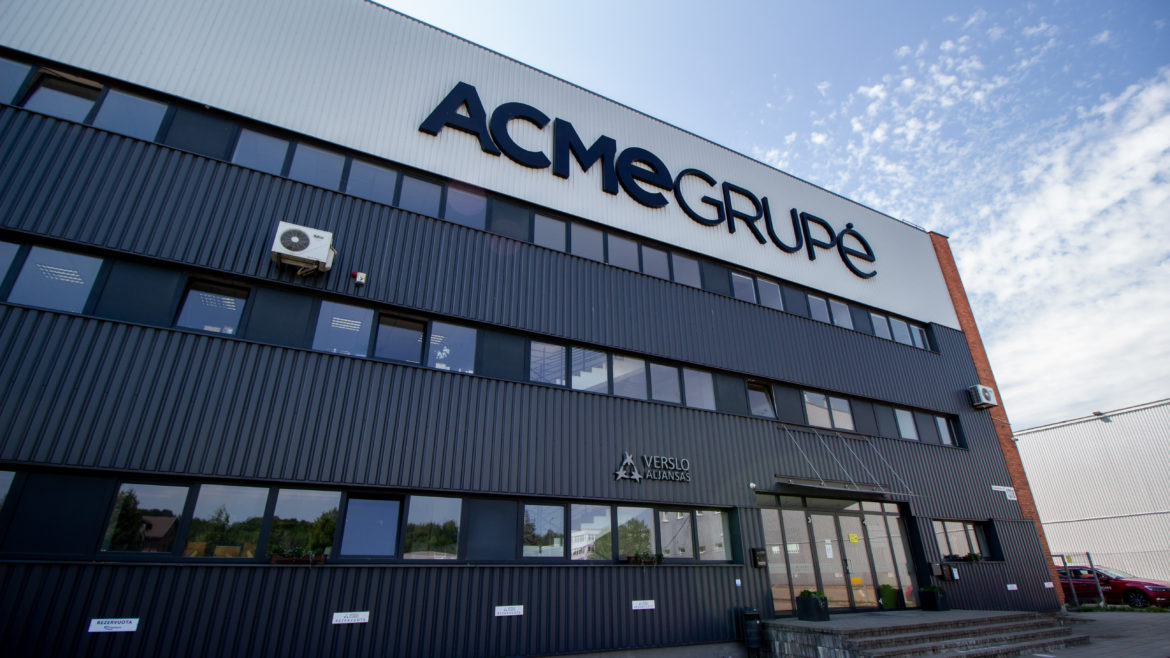 From now on, all six companies of ACME Grupė (ACC Distribution, AVAD Baltic, ACME Film, ACME Valda, Drąseikių karjeras, ACME NT) will operate under one new office roof in Kaunas, Raudondvario pl. 131B, Lithuania. Despite of the fact that final works of the new office establishment are still in progress, activities of all teams have already gained momentum here.

“Nowadays, everything in the world is globalizing and looking for the most effective ways to act. The choice to concentrate businesses together and set up all teams in one big office space has been made because we’re aiming to increase cooperation among companies, to speed up internal processes, to make decision-making on various issues more effective, to share know-how and other best practices”, – said Sergei Artemiuk, CEO of ACME Grupė.

Now under one office roof, there are more than 250 professional and successful employees and six different business directions. According to the head of ACME Grupė, the idea to renovate the office in Kaunas and to bring the majority of ACME Grupė business here came several years ago. Few companies of “ACME Grupė” were already settled here a few years ago, and ACC Distribution, which has the largest team, has settled in this new office these days.