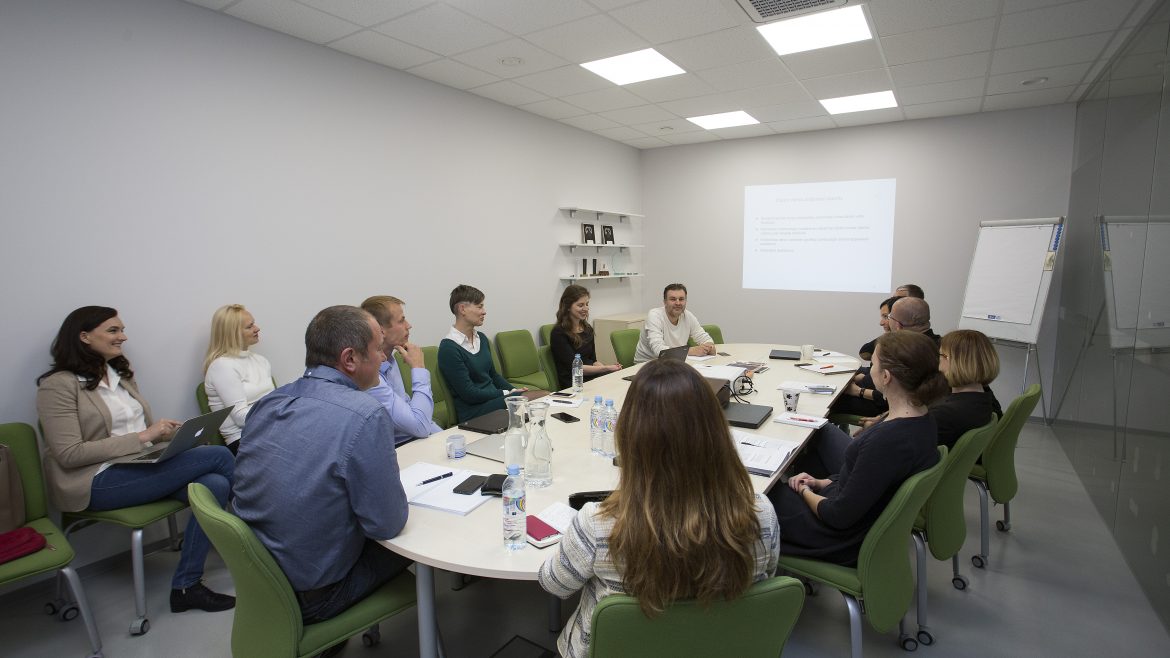 Last year UAB „ACME Grupė“, a group of Lithuanian capital companies, developing, manufacturing and distributing technological solutions and products – increased by almost 12 per cent and reached the turnover of 373 million euros in 2016. This was mainly influenced by the growth of income from films and the aim of company-managed commercial businesses to bring new electronic devices to the Baltic countries.

The previous year was successful for the corporate group; companies owned by it increased and retained financial stability. “Businesses not only manoeuvred their ways through the especially dynamic market of electronic appliances but also were capable of generating additional values for customers and partners. With constant changes in technology our range of products saw the addition of or a great upsurge in totally new categories such as drones, smart wearable devices recording physical activity statistics, new home appliances, virtual reality headsets and the like. The year 2016 was especially successful for UAB „ACME Film”, which is engaged in the distribution of films throughout the Baltic countries,” Tomas Palšis said, who is a director of UAB „ACME Grupė“ managing UAB „ACC Distribution“, UAB „AVAD Baltic”, UAB „ACME Europe”, UAB „ACME Film”, UAB „Servisa ICT”, UAB „Audis”, UAB „Agropro” and other companies.

According to Tomas Palšis, there was an inconsiderable decrease in the turnover of UAB „ACC Distribution“, which was conditioned by the retreating market of laptop computers. It can be observed that consumers are purchasing a smaller number of electronic devices; however, they are spending a larger amount of income on them. Regardless of the contraction of some market segments the sales of UAB „ACC Distribution“ in connection with home appliances and goods belonging to the category of smart devices and homes increased by nearly 41 per cent and 2.4 times, respectively. The sales of drones doubled, comparing the years 2016 and 2015, and the sales of digital signages grew by 2.2 times last year. In addition, there was also a 40 per cent rise in the sales of Sharp and Hitachi television sets represented by UAB „ACC Distribution“.

The turnover of UAB „AVAD Baltic“ increased by approximately 38 per cent in comparison to the years 2016 and 2015, and reached 167 million euros last year. “The attractiveness of the products of the Apple brand represented by this company in the Baltic countries continues to grow further and the sales of iPhone smart phones constituted the most substantial portion of the company‘s turnover,” Tomas Palšis stated and added that there was a rise in the number of partners authorized by UAB „AVAD Baltic“ throughout the Baltic countries last year.

Talking about the consolidated turnover of UAB „ACME Europe“, the director of UAB „ACME Grupė” indicated that the latter one from direct commercial activities surged up by 2.6 per cent, comparing the years 2016 and 2015. The fundamental causes of this shift were the retention of stability in the market of the Baltic countries and the development in Western European countries. The company’s revenue mostly increased through the sales of mobile phone accessories and action/ active sports cameras and the discovery of a new segment of products involving smart wearable devices.

According to the director of the corporate group, the previous year was especially successful for UAB „ACME Film” because the consolidated turnover reached 7.8 million euros in 2016, which was 39 per cent higher than it was in 2015. The major causes that generated this record change were the growing number of imported films, the improving quality of films in terms of visual aspects and evocative impressions, and the rising number of cinema visitors, which reached about 3.7 millions in Lithuania in 2016 and accounted for only 3.3 millions in 2015.

While making mention of plans for the year 2017, Tomas Palšis noted that with an upsurge in business a great deal of attention will be devoted to the pursuit of the effectiveness of internal processes, the control of activities, the management of risks, the upgrading of personnel competencies and other aspects. “Our goal is to exceed the historical limit of 400 million euros still in 2017,” the director of UAB „ACME Grupė” shared his ambitious plans.

In addition to implementing ambitious business plans, UAB „ACME Grupė” has another objective of no lesser importance, which involves sharing achievements with those who are in need of special help. Last year the group of companies together with its employees donated more than 17, 000 euros for the treatment of cancer in children, supported the Kaunas women’s handball team ACME-Žalgiris and the representatives of other branches of sports, and also promoted the ideas of the conservation of natural resources and contributed to the projects of this area.

Currently UAB „ACME Grupė” encompasses about 40 companies operating in 9 countries. The companies belonging to the corporate group are engaged in the production, distribution and repair of electronic devices and home appliances, and also in the distribution of films and the manufacturing of niche products. The group of companies employs 508 staff members.